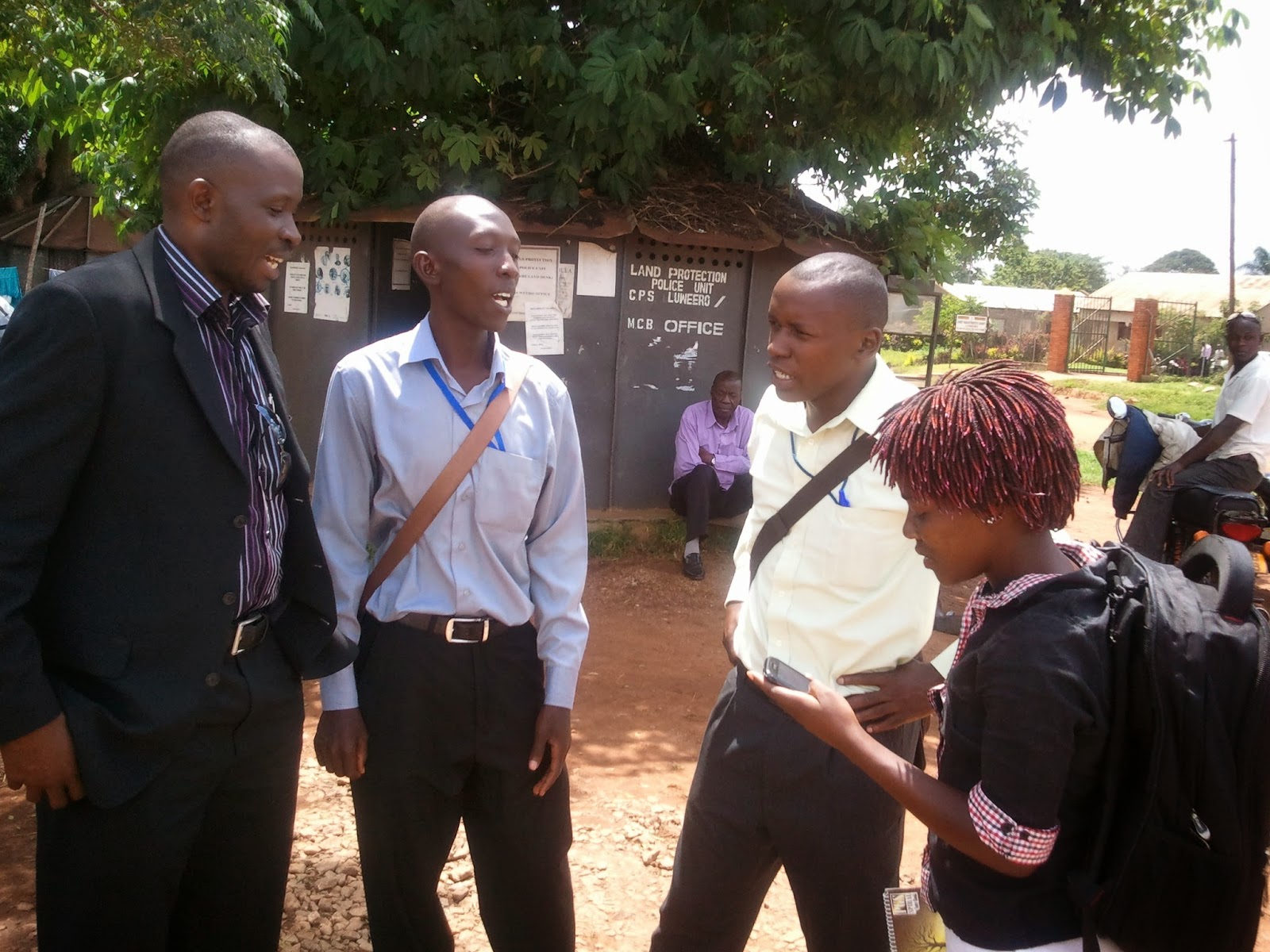 Luweero, 28th/May/2014; a journalist has opened up a case against the police force to investigate into circumstances under which he was brutally assaulted by a police officer while covering the Luweero Woman Parliamentary by-elections in the wee hours of 22nd/May/2014.

Herbert Zziwa, a journalist working with KFM radio and Dembe FM under the Nation Media Group told the District Police Commander for Luweero, Justus Asiimwe that on the fateful night, he was hit with a baton on the head as he recorded the jubilating supporters of the opposition candidate, Brenda Nabukeenya at about 1:30am local time, “After the police hit me on the head, I bled profusely, shouted for help and pleaded for mercy from the policemen, but one of them continued to hit me as he pushed me away.” Zziwa narrated

The police regretted the incident and promised to question all the officers who were on duty then. “We are sorry for whatever happened on that day, but I can assure you, we are going to investigate this matter to establish whether there was use of excessive force. This is not a normal assault since it’s labeled against a policeman. All the officers who were on duty will have to be questioned.” He assured a group of journalists led by the HRNJ-Uganda National Coordinator, Robert Ssempala at Luweero Police Station.

The police spokesperson for Savanah Region, Lameck Kigozi said that the police officer who hit the journalist was to be isolated. “It’s very regrettable that such a thing happened to a journalist. I want to assure you that everything will be done to ensure that the policeman who did that is identified, isolated and handled as an individual.”

Zziwa and Brian Luwaga, a journalist with the Uganda Radio Network (URN) accused the police of assaulting them while they covered the recent by-elections in Luweero.

The HRNJ-Uganda National Coordinator, Robert Ssempala scoffed at the police for having ignored the incidents against the journalists, “the police had let this pass because since 22nd May, no officers had been questioned over the assault, but since we have now formally lodged a complainant, we intend to present four witnesses who will help the victim journalist to pin the police and get justice. We want this matter to go to court. So we hope that the police will handle it expeditiously.


Kampala, 28th May 2014; Further  hearing of a case in which a Vision Group Journalist, Mathias Ssebwato Kavubu was allegedly assaulted by a teacher at Old Kampala Secondary School, Ataremwa Justus, continued on  Wednesday May 28th  at the Law Development Centre Court, with the police investigating officer giving his testimony.


Detective Sergeant, Lauben Matsiko who investigated the case in which Sebwato Mathias the journalist who was allegedly assaulted testified to court presided over by Grade1Magistrate Jolly Nkore, “On 18th October 2012, I was given a file by the then officer-in-charge media and political crimes, Cadet ASP Ashraf Ssendi to carry out an investigation. On perusal of the file, I found out that the complainant was complaining about assault by Ataremwa Justus. As an investigating officer, I issued the complainant with the police medical form to take to the police surgeon for medical examination. When he brought back the form, the injury had been classified as harm”. The investigating officer told court.

He further testified that he went on ground to trace for the witnesses and he managed to get Setimba Joseph, Musinguzi Patrick, Kukunda Samantha and Nimukunda Vanessa. According to the statements he got from the witnesses, they were to the effect that Ataremwa Justus had assaulted the complainant. He thereafter submitted the file to the Resident State Attorney who advised him to charge the accused with common assault.

During cross- examination, defense Counsel, David Mpanga alleged that Ataremwa Justus had reported a case against Mathias Sebwato at Old Kampala Police station as a complainant but was stunned when he turned out to be the accused. However during re- examination, the Investigating officer denied these allegations.

Prosecution alleges that on 17th October 2012, Sebwato, a freelance journalist working with Bukedde television had gone to Old Kampala Secondary School to interview a senior four (4) student who had allegedly been denied permission to sit her UCE exams under unclear circumstances. He successfully interviewed the girls’ parents but when he attempted to interview the student, the accused together with others pounced on him and beat him up, before he was locked up in a room from where he was rescued by Old Kampala police.

Posted by HRNJ-Uganda at 4:07 PM No comments: 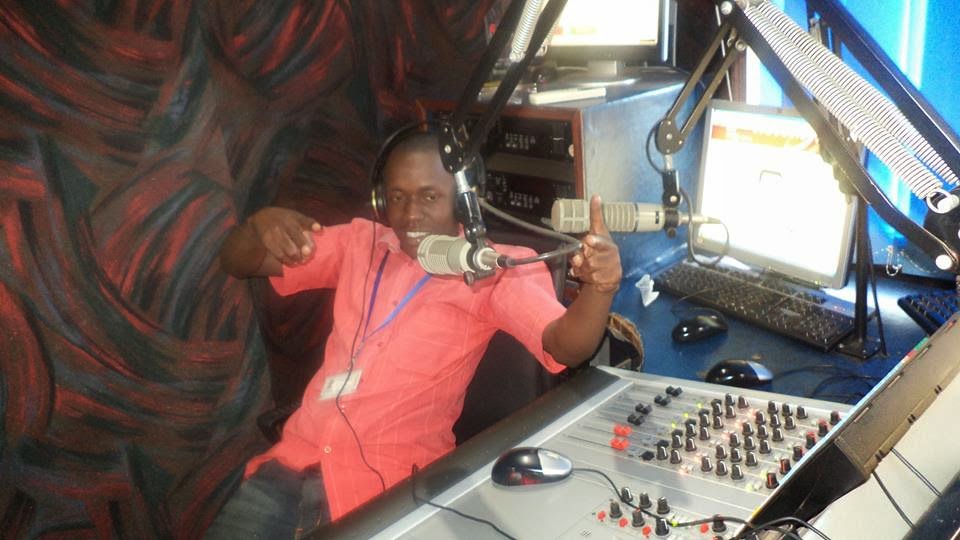 Luwero, 23rd/May/2014; police is in the spotlight for assaulting a second journalist covering the Luweero Woman Parliamentary by-elections in a space of three days. Herbert Zziwa, a journalist working with KFM radio was hit with a baton on the head as he recorded supporters of the Democratic Party candidate who were celebrating her early lead as results were being tallied.

Zziwa told HRNJ-Uganda that he was hit with a baton on the head as he recorded Brenda Nabukenya’s supporters who were chanting, “I was beaten on the head with a baton by a policeman as I recorded the jubilating supporters of the opposition candidate, at about 01:30am. After the police hit me, I shouted for help as I bled profusely, but about seven other policemen kept pushing me and other people away. I was assisted by a fellow journalist who works for a local TV station.” Zziwa said

Zziwa says that he was dressed in a KFM t-shirt, with his station Identity Card and carried his recorder, which were all visible to the police. He told HRNJ-Uganda that he is experiencing severe headache and dizziness due to the beating.

On 19th/May/2014, Brian Luwaga, a journalist with the Uganda Radio Network (URN) was allegedly assaulted by the Police Director of Operations Grace Turyagumanawe as he tried to interview the police spokesperson for Savanah region, Lameck Kigozi.

“We are very concerned that the police are targeting journalists covering opposition related political activities. We challenge the Inspector General of Police, Kale Kayihura to come out and take action against his errant police officers who are increasingly assaulting journalists on duty. We however commend the thoughtful police officer who provided ‘first-aid’ treatment to the journalist before he was rushed to hospital” Said the HRNJ-Uganda National Coordinator, Robert Ssempala.

Posted by HRNJ-Uganda at 7:25 PM No comments:

Jinja, 22ndMay 2014; About fifty journalists from Eastern Uganda were equipped with legal knowledge after a 3-day training conducted by Human Rights Network for Journalists-Uganda  from 19th to 21th May 2014, at Brisk Recreation Hotel in Jinja. It included journalists from the print and electronic sector.

The training aimed at equipping journalists with basic knowledge on human rights, justice and the law in Uganda. Journalists were drawn from eleven districts within the region which included; Soroti, Mbale, Bugiri,Iganga, Kamuli, Luuka, Mayuge, Kaliro, Buyende and Jinja while others came from Mukono in the Central region.

The training was the last of the five regional trainings that were conducted in Northern Uganda West Nile, Rwenzori and Greater Masaka sub-regions.
The HRNJ-Uganda National Coordinator, Robert Ssempala noted that such trainings were essential for journalists to best appreciate their working environment and be able to address key challenges faced while in the field such as the persistent violent attacks from both the State and non-state actors which range from assault, unlawful arrest and detention and trumped up charges among others have increasingly been noted.

“Having undergone this para-legal training, you are now expected to demand for your individual and collective rights in the course of your duties. You must unite and act as a team in case of abuse of your rights and freedoms, such that HRNJ-Uganda can only come in to handle complex situations. You are also supposed to demand for better working conditions through constructive engagements with your employers.” Ssempala said. He further urged the journalists to observe professional code of conduct.

The Regional Police Commander for Kiira, Twebaze Alex committed to ensure the safety of journalists as they perform their duties given the critical role played by both the media and police. “I want to pledge that police will always cooperate with you to ensure your safety because you are our partners, very serious stakeholders, and therefore we respect you a lot.” Tewbaze said in his opening address.

The Jinja training marked the end of the regional trainings which will culminate into a national dialogue due to take place in Kampala in June 2014.

Posted by HRNJ-Uganda at 7:12 PM No comments: 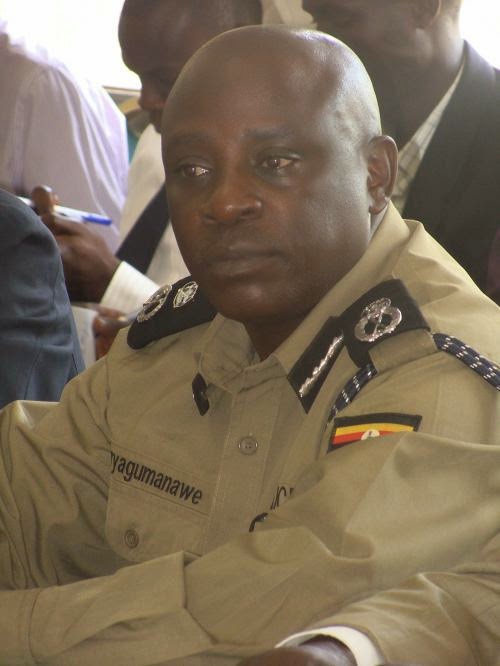 Luwero, 21st/May/2014; A Uganda Radio Network (URN) journalist, Brian Luwaga was on 20th/May/2014,  assaulted by the Uganda Police Force Director of Operations, Grace Turyagumanawe as he covered the by-elections for Luweero district women parliamentary representative.
Brian Luwaga told Human Rights Network for Journalists-Uganda (HRNJ-Uganda) that Turyagumanawe kicked and pushed him as he moved to interview the area police spokesperson for Savanah, Lameck Kigozi, a claim that Turyagumanawe dismisses.

Turyagumanwe was assigned to oversee the campaigns and elections until the voting day on 22nd /May/2014, after the Inspector General of Police, Kale Kayihura suspended the area Regional Police Commander, Richard Mivule for violently dispersing Brenda Nabukenya’s supporters who were celebrating her nomination.

“I was covering Nabukeera’s last political rally which turned chaotic when police fired teargas to disperse her rally. I approached the regional spokesperson, Lameck Kigozi for a comment as the situation calmed down. When Turyagumanawe came, he questioned why I was there and what I wanted as he reached out for my camera which I held onto. He pushed me away and kicked me as I ran away. We were at Kasana playground, Luweero Town Council, Luweero district.” Luwaga told HRNJ-Uganda

When HRNJ-Uganda contacted Turyagumanawe, he vehemently denied assaulting the journalist. “Am not aware of that; that claim is wrong. I didn’t. Are journalists bought to tarnish me? I am going to face it rough because of such a claim. Let him report it to police such that it can be documented.” When contacted Lameck Kigozi defended Turyagumanawe over the assault, “He didn’t beat him, he just pushed him. He told him to come back later.”

“Journalists should not be intimidated while doing their work most especially during the coverage of elections, which are a national issue and of public interest. We implore the police to ensure the safety of journalists at all times and to desist from intimidating them. The police leadership should investigate the conduct of Turyagumanawe.” said the National Coordinator of HRNJ-Uganda, Robert Ssempala.

Posted by HRNJ-Uganda at 5:38 PM No comments: