Kampala, 19th/May/2015; A Red Pepper journalist, Alex Bukhumune was arrested and detained on 19th of May 2015 for investigating a story involving the State Minister for Energy, Ronald James Du’janga. He was later released at about 7:00pm on charges of threatening violence.
Bukhumune was first arrested on 15th/May/2015 by Kabalagala police officers and charged with ‘criminal defamation’ for investigating a land dispute-related story involving Du’janga. Bukhumune was arrested from the High Court premises in Kampala by two plain-clothed officers who tricked him by saying they had a news story to give him, only to declare him ‘under arrest for threatening violence’ against a minister. They then ordered him into a salon car and whisked him away to Kabalagala police station, from where he was released on bond after six hours.
Bukhumune told Human Rights Network for Journalists-Uganda (HRNJ-Uganda) that he was arrested after sending a text message to Du’janga on May 14, asking him about murder allegations labeled against him by relatives of two deceased owners of a piece of land in Kabalagala –a Kampala suburb which they claim Du’janga had taken over through his son under mysterious circumstances.
“I called Hon. Du’janga about five times on his mobile number but he was not picking, so I decided to send him a text message asking him about the allegations. He didn’t reply. Moments later, his Lawyer, Joseph Luzige called me and explained the circumstances about the allegations and the related case against the minister which is at the Nakawa Court. Luzige threatened legal action if we went ahead to write the story. I was surprised when I was arrested and charged with defamation over a story I had not published. The police officers claimed that they had orders from above to cause my arrest and detention or else they get fired.” Bukhumune told HRNJ-Uganda in an interview.
Luzige confirmed to HRNJ-Uganda that Du’janga forwarded to him the said text message, “Hon. Du’janga forwarded to me the text message, claiming that this person was making false allegations against him. I called the journalist who came with two of his other colleagues, and then I gave them the facts about the matter. Am not aware of the arrest, if anyone did it, I don’t think it is right. Seeking for someone’s side to a story is not a crime.” Luzige said
The Officer in Charge of Criminal investigations at Kabalagala Police, Nusurah Kemigisha told HRNJ-Uganda that the minister reported the matter to police. “We saw the text message, but we just want to harmonize things. We hope to meet the journalist together with the minister. Bukhumune was due to report back to police on May 21st, 2015, but was called to report today (May 19, 2015), where his bond was revoked and he was detained under unclear circumstances. Du’janga told HRNJ-Uganda, that he had recorded a statement at the police. “How police handles my matter is up to them,” he said.
Bukhumune has been ordered to report to the Police’s compliance unit in Ntinda on the 20th May 2015 for further interrogation.
The fact that the police is arbitrarily changing the charges against the journalists is an indication that they are tramped up. It is ethical and good practice for journalists to balance their stories, so the minister should not criminalize these efforts. We appeal to the police to desist from yielding to political pressures in total disregard of the law.” Said the HRNJ-Uganda National Coordinator, Robert Ssempala.
For More Information Contact;
Human Rights Network for Journalists-Uganda (HRNJ-Uganda)
Plot 18, Block 12 Stensera Road Kayanja Triangle Zone
P.O.BOX. 71314 Clock Tower Kampala.
Tel: +256-414-272934 / +256-414-667627
E-mail: info@hrnjuganda.org 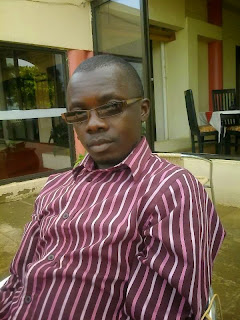 Masaka 14th/May/2015; Edward Bindhe, a Uganda Radio Network (URN) journalist was on 12th May 2015 assaulted by a senior ruling NRM party official, Rogers Mulindwa, while he was covering the launch of the NRM members’ registration exercise in Masaka, officiated by the party Secretary General Justine Kasule Lumumba.
Bindhe, URN’ Masaka based correspondent told HRNJ-Uganda that prior to his assault by Mulindwa, the former football governing body -FUFA Uganda’ spokesperson, he was first turned away from covering the event on grounds that he had no permission. “I gave up and went to the Hotel lounge to do my other work. As I was accessing my laptop, Rogers Mulindwa entered the Hotel lounge and asked me, "You, what are you still doing here yet we evicted you from this place? Who are you?” I identified myself and told him that I was evicted from the meeting hall but decided to do my other work, since I had prior commitments at the same hotel.” Bindhe said
“He commanded me to leave the premises immediately, but I refused on grounds that the hotel was a public. “It’s then that he accused me of being an opposition FDC party spy. He slapped me and forcefully grabbed my neck in an attempt to strangle me. He then dragged me by the neck to the hotel managers and ordered them to ensure that am not seen at the hotel again. In the process, one of the lenses in my glasses got damaged. I suffered breathing difficulties as he deeply squeezed my neck.” Bindhe further told HRNJ-Uganda.
When contacted, Mulindwa denied assaulting the journalist, saying he only told him to leave if he was not covering the event. “I told him to leave and he was even wearing a blue shirt and yet it was an NRM event. I never touched him.” Mulindwa said.
However sources at the hotel confirmed the assault allegations to HRNJ-Uganda saying that, Rogers Mulindwa beat up the journalist and dragged him out of the hotel. “He really never had the right to send someone away from our hotel because it is a public place, where everyone is welcome.” The anonymous source told HRNJ-Uganda.
Bindhe opened up an assault case against Mulindwa at the Masaka Central Police Station. Musa Bwambale, the Investigating Officer at the police station told HRNJ-Uganda that the police are ready to handle the matter.
“This is gross abuse of power by Mulindwa; his party must hold him accountable. The police should investigate this matter and pursue it to its logical conclusion.” Said the HRNJ-Uganda National Coordinator, Robert Ssempala.
​
For More Information Contact;
Human Rights Network for Journalists-Uganda (HRNJ-Uganda)
Plot 18, Block 12 Stensera Road Kayanja Triangle Zone
P.O.BOX. 71314 Clock Tower Kampala. Tel: +256-414-272934 / +256-414-667627
E-mail: info@hrnjuganda.org

Posted by HRNJ-Uganda at 7:31 PM No comments:

Kalangala, 05th May 2015;  Twanika Kajubi, a reporter working with the Vision Group, attached to Bukedde Television was badly beaten by UPDF officers attached to the Special Forces Command (SFC) in Entebbe. Twanika had gone to cover a story about illegal fishing at Semuganja Island in Bufumira Sub-county, Kalangala district where the Kalangala district chairperson, Willy Lugoloobi had led a team to follow up on allegations of refusal by the Uganda People’s Defence Forces (UPDF) Reserve Forces to hand over to the area police illegal fishing gear and immature fish which they had reportedly confiscated.
Kajubi told Human Rights Network for Journalists-Uganda (HRNJ-Uganda) that he was beaten by over 20 SFC and reserve force officers all of whom had guns and were in their respective uniforms, “They arrested me together with other three locals from the area. They took us to the island and started beating us. They kicked me, slapped, caned me, and did whatever they did in an incident which lasted about an hour, until they received a phone call from reportedly their commander and then they left me. I had introduced myself to them as a Vision Group Journalist. They asked why I had moved with the District Chairman. My colleague Henry Lubulwa of the Daily Monitor Newspaper survived narrowly.” Kajubi told HRNJ-Uganda
Lubulwa confirmed the attack when contacted by HRNJ-Uganda since he was at the scene and witnessed the incident, saying that he narrowly escaped. Chairman Lugolobi also told HRNJ-Uganda that he witnessed the ugly incident.
Kajubi’s video camera was confiscated by the SFC officers, but later returned to him without deleting the material. He reported the matter to Kalangala Police Station.
Jafal Kasirivu the Commander of UPDF reserve forces which carried out the illegal fishing operation denied having commanded the SFC officers to carry out the alleged assault.
“It is worrying that security agents have continuously abused media freedoms and journalists’ rights with impunity. We call upon the SFC authorities to investigate this matter and bring these errant officers to book. The government should ensure that journalists are safe while doing their work, especially in the run-up to general elections in 2016.” Said the HRNJ-Uganda National Coordinator, Robert Ssempala.