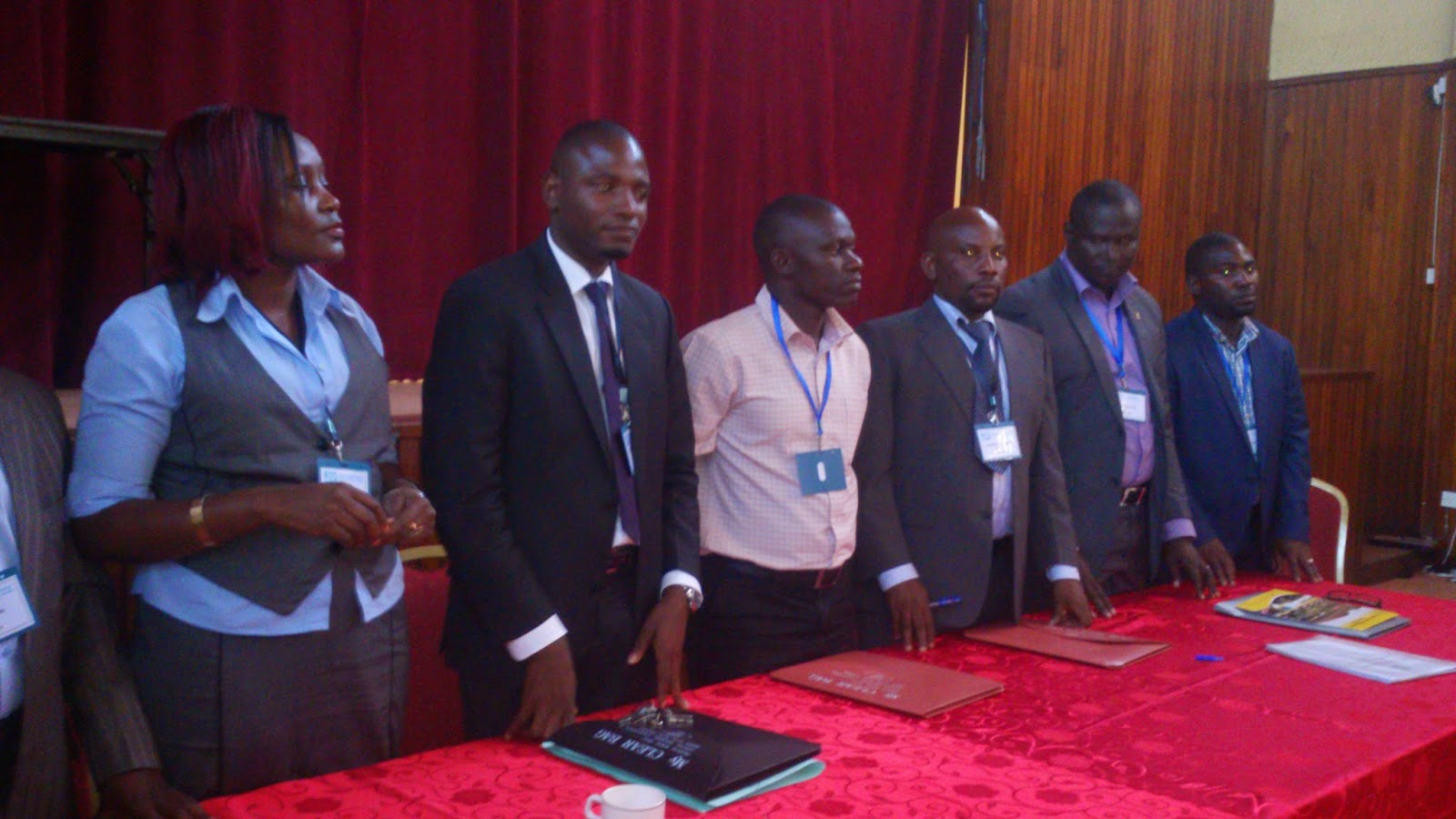 Kampala, 24th/November/2014; journalists under their umbrella body, the Human Rights Network for Journalists-Uganda (HRNJ-Uganda) have elected new leaders of the Executive Board at an Annual General Meeting, held at Pope Paul IV Memorial Hotel in Kampala on November 22, 2014.
A Vision Group journalist, Julius Esegu who was a member of the previous Board, was elected Chairman of a 9-man team for the next 3 years, replacing Mulindwa Mukasa who did not contest for a 2nd term. Daily Monitor’s Mayamba Johnson was unanimously elected as vice Chairperson replacing K-FM’s News Editor and anchor, Hadijah Mwanje.
The Vision Group’ Saul Wokulira Wambuzi and Francis Tumwekwasize Bahene retained their port folios as Secretary and treasurer respectively, Gladys Kigozi is the Deputy Treasurer replacing Kiggundu Joseph. Other Board Members include Enid Ninsiima, Luke Kagiri, Ronald Kalumba and Tom Kalumula.
The out-going were members awarded certificates in recognition of their commendable contribution to the defence and promotion of media rights and journalists’ freedoms. Others awarded include, the former National Coordinator, Geoffrey Wokulira Ssebaggala for his founding role, veteran journalist Haruna Kanaabi and the National Coordinator Robert Ssempala for steering the Organisation.
In his maiden speech, Esegu reiterated his commitment to strengthening the Organisation in order to defend and promote media freedoms and rights. The outgoing Chairperson, Mulindwa commended members of his Board and the technical team at the Secretariat for the achievements within his term in office. The National Coordinator, Ssempala hailed the outgoing Board for giving strategic guidance and leadership to the Organisation.
For More Information Contact;
Human Rights Network for Journalists-Uganda (HRNJ-Uganda)
Plot 18, Block 12 Stensera Road Kayanja Triangle Zone
P.O.BOX. 71314 Clock Tower Kampala. Tel: +256-414-272934 / +256-414-667627
E-mail:news@hrnjuganda.org/humanrajournalists@yahoo.co.uk/Website:www.hrnjuganda.org;BLOG: http://hrnjuganda.blogpost.com

Posted by HRNJ-Uganda at 2:52 PM No comments: 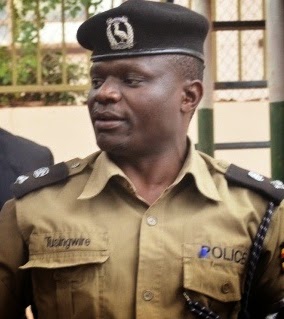 Kampala, 12th November 2014; Hearing of a case in which a journalist, Mulindwa Mukasa is accused of obstructing Julius Ceaser Tusingwire the District Police Commander, Wandegeya Police station while on duty commenced today at the Law Development Centre Court in Kampala before Grade 1 Magistrate Jolly Nkore Shwanda.
Testifying against Mulindwa, Tusingwire said while in his office on 26th November 2013 at around 3:00 pm he heard commotion at the police counter which forced him to come and see what was happening. “When I moved out of my office, I found three people fighting police officers at the counter. At that time they were taking Kamagu, a journalist we had arrested. They were saying a lot of words and wanted to exceed the counter to go the sensitive areas like the armory,” Tusingwiire said adding that he ordered for the arrest of these people and two of them disappeared. He said Mulindwa remained defiant and “continued shouting attempting to grab Kamagu from the police officers and I ordered for his arrest.”
When asked by HRNJ-Uganda’s legal officer Catherine Anite, whether Mulindwa obstructed him, Tusingwire said Mulindwa did not obstruct him. He said; I was obstructed because I am the commander and my obstruction does not have to be physical.”
The case was adjourned to 27th November 2014 for more prosecution witnesses. Tusingwiire is the principal prosecution witness.
Prosecution led by Aisha Batala Naluzze alleges that Mulindwa who is also the HRNJ-U Board Chairperson on 26th November 2013, willfully obstructed the DPC Wandegeya Police Station from carrying out his lawful duties. Mulindwa and other journalists had gone to Police to find out the reasons that had led to arrest and detention of a fellow journalist Richard Kasule alias Kamagu a radio presenter at Top Radio.